Cheddar Gorge, a limestone gorge in the Mendip Hills. The gorge is overlooked by the magnificent Lion rock. A huge buttress of rock high above the village. 🦁

Some clever person has handily hidden a geocache on it. Therefore I have to go and find it!

Our first morning in Somerset turned out to be a fine and dry day. We were all keen to get exploring and taking advantage of the weather decided to head to Cheddar Gorge. Knowing a cache was up on Lion rock I was of course keen to go and get it. Mr Muddy a bit fed up with caching trying his hardest to avoid it. Knowing his current muggle status I’d purposefully sought out caches to appeal to his adventurous nature. I needed to make caching fun. Only I had to get him up there to prove it.

We’ve visited the Gorge before, many years ago and done the whole show cave thing.

Mr Muddy was dragging his heels.

We stopped for coffee across the road (stalling tactics) and gazed up at the lion.

The cache sitting atop, calling softly to me like a siren at sea, luring sailors to their watery end.

Only with me, leading me to a divorce court. 😉

Mr Muddy decided however we needed to do the show caves again. I clocked the heaving crowds and shuddered.

I pouted, sulked and probably stamped my feet.

I can however be wonderfully   persuasive and Mr Muddy finally saw the error of his ways. He agreed that I could tame the beast that is Lion Rock. Hurrah!

The information page for the cache warns of the perils involved. A steep incline and a perilous drop.

The perfect place to take the children for a casual stroll then. 😳

The  discussion shifted to who should be the one to retrieve. Mr Muddy going all protective caveman and me wanting to play.

The children were all keen to take part but I was unsure if I was pushing the boundary between risk and challenge.

I want to raise children who are brave, mighty and adventurous. I want them to be able to assess and manage risk. However I have no intentions to place them into dangerous or uncomfortable situations in my own twisted pursuit of fun.

Then the compromise that we would all head up and if the going got too tough or anybody was concerned, one of us would go up ahead and make the final ascent alone. Sorted.

A steep climb and a shale path made hard work of going up, but the children did us proud. They soon made their way to the Lion’s hind legs (well if he was real, and he had any of course.)

We make the decision to recce the final ascent. Snooze and you lose so I storm off ahead (Sneaky? Me? Nooo!) and climb onto the Lions back.

The Rocks here very much just an overhang. Blimey!

I find the cache and the team are itching to join me. I give them the go ahead with strict instructions to watch their step. I also age by at least 10 years. Scary stuff.

As they climb up onto the back of the Lion,  the smiles on their faces telling me the adrenaline rush has kicked in for them too as they check out the view.


I resist a big fat I told you so.

Given the steep incline, the path back down looks pretty treacherous. Oh. I don’t fancy it much myself, let alone sending the children down it.

I do however have a few tricks up my sleeve, and it’s time to play my hand.
I oh so casually mention there are more caches up in the gorge. (Well I never! 😉 )
If we could loop around and maybe find a safer path. More caches will actually be doing us a favour!
The deal is done. Helped by the fact the team are still giddy from such a great cache.
Mr Muddy finds a route off piste. It’s slippery and muddy but that trumps treacherous.

We soon find ourselves on a stunning, tree lined path.

We follow the trail uphill. It really is breathtaking in more ways than one.

The coordinates leading us to a fairly densely wooded area. We check the hint and fail to find anything that really fits.

We also fail to spot anywhere that looks like it would be the likely hiding place.

I check the previous logs, others have mentioned trouble with the coordinates. Oh!

Then far away on the other side of the path my daughter spots something that needs to be explored. Now!
A cave!
That’ll be the obvious place we were looking for then!
We scramble our way over to the cave. East Anglia of course not being known for its hills and caves – this is seriously exciting stuff!

Sure enough, once in the cave it’s a quick find. The children beside themselves with giddy delight.

The next cache leads us to the top of the gorge and a rather fine viewpoint. The views are stunning.

I position the children for a photo and hiss at them to not step back. What should have been an amazing photo…if only one of them had managed to actually look at the camera! oh well! 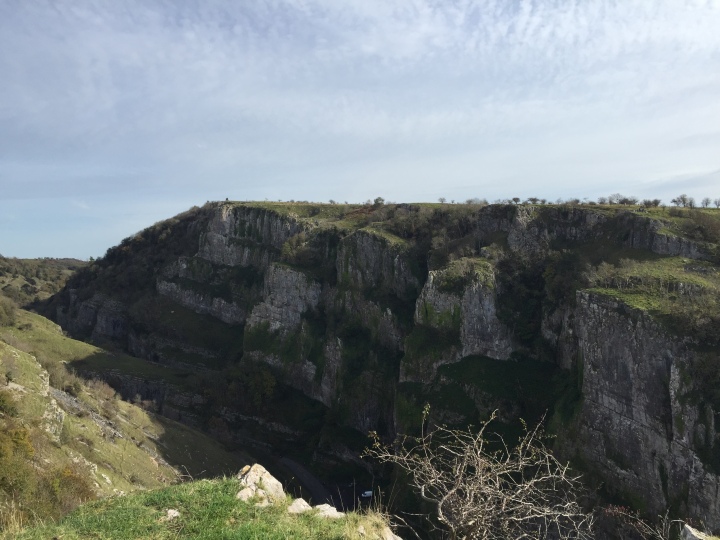 We press on for the cache. We take the safe path behind the wall, only to then realise the cache is beyond it. Mr Muddy scales the wall and as is always the way I then find a nearby stile. 😉
I wait at the top with the children. Nobody has managed to fall over yet, I can’t push my luck at the very top of the gorge!
Mr Muddy returns triumphantly with a cache in his hands.

Making the most of his good move I helpfully point out the stile. 😉

Little legs however are now starting to tire (No, not mine.) and so we begin our descent back down to the village.

Trying to avoid the muddy, steep path we came up on we opt for a gentler, less trodden path. I however manage to find the one muddy spot and end up on my rear, in a patch of brambles no less. Ouch! The shock enough to send me leaping quickly back up. Hopefully with such speed I can pretend it never happened.
A snort however from one of the children indicates otherwise. They then hastily tell their Dad. Snitch!

Wearily and with a slightly muddy behind we head back to the village, but before we go one important thing to do…. 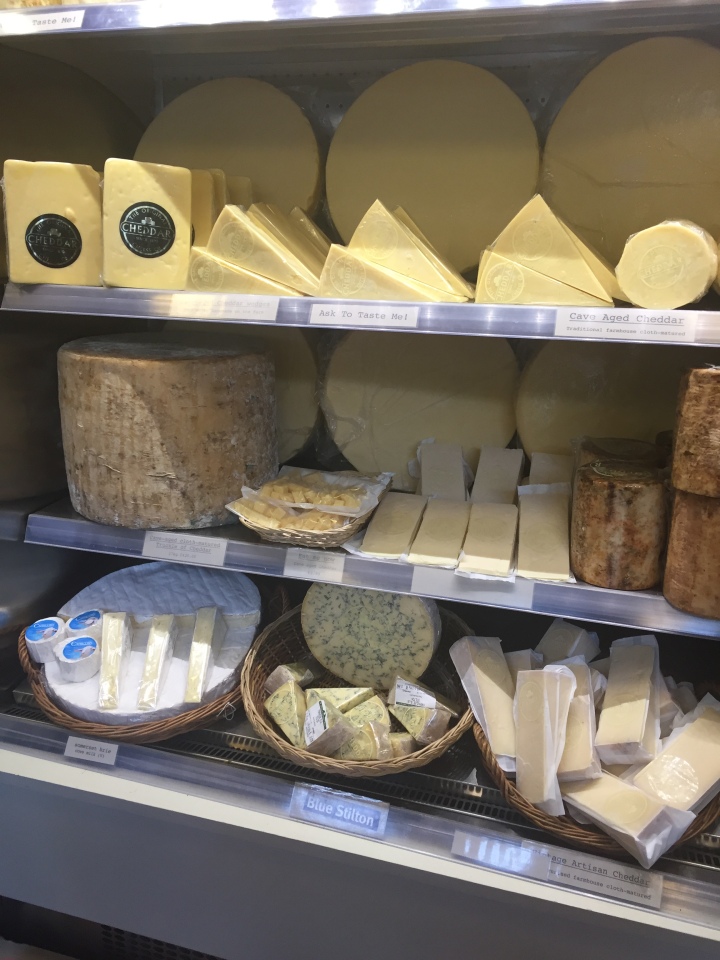 19 thoughts on “Geocaching in Cheddar Gorge”

There was an error retrieving images from Instagram. An attempt will be remade in a few minutes.