Chatsworth Estate. In the heart of the Peak District. 105 acres evolved over more than 450 years.  An eclectic mix of garden styles with a huge sense of fun.

It figures that whilst staying in Derbyshire a trip to Chatsworth was absolutely essential.

Mr Muddy was less than enthusiastic, I was doing my usual keeping a tight lid on things so that everyone could discover the amzing features of the garden themselves. Cue a morning of huffs and puffs and me stubbornly insisting we’re going. End of!

Needless to say once we got there, everyone was blown away by the place. A stunning house set in amazing grounds. When can I move in? 😉

We mooched for a while taking in the atmosphere and pretending we lived there before deciding where to explore first.

Of course it had to be the cascade! A sunny but chilly day it took the children all of two seconds to size it up, check out the other children playing, whip off their shoes and dive in.

Moments like this for me, are happy childhood memories being made. The children having a blast following the cascade down and then back up, over and over again.

Being a consistent bunch we had several slips over and three soggy bottoms. At which point I realise a change of clothes would have been a marvellous idea…oh well!

The garden has so many different areas to explore and even Mr Muddy had to concede it was a fabulous place.

The rock garden, one of our favourite areas was not at all what I expected. I had visions of a manicured Rockery. How wrong can you get?! We are talking serious boulders. Stacks of them and a waterfall too. I lost count of the times we had to stop and recreate the Pride Rock Lion king scene. The children (and Mr Muddy) happily scampering over the rocks. 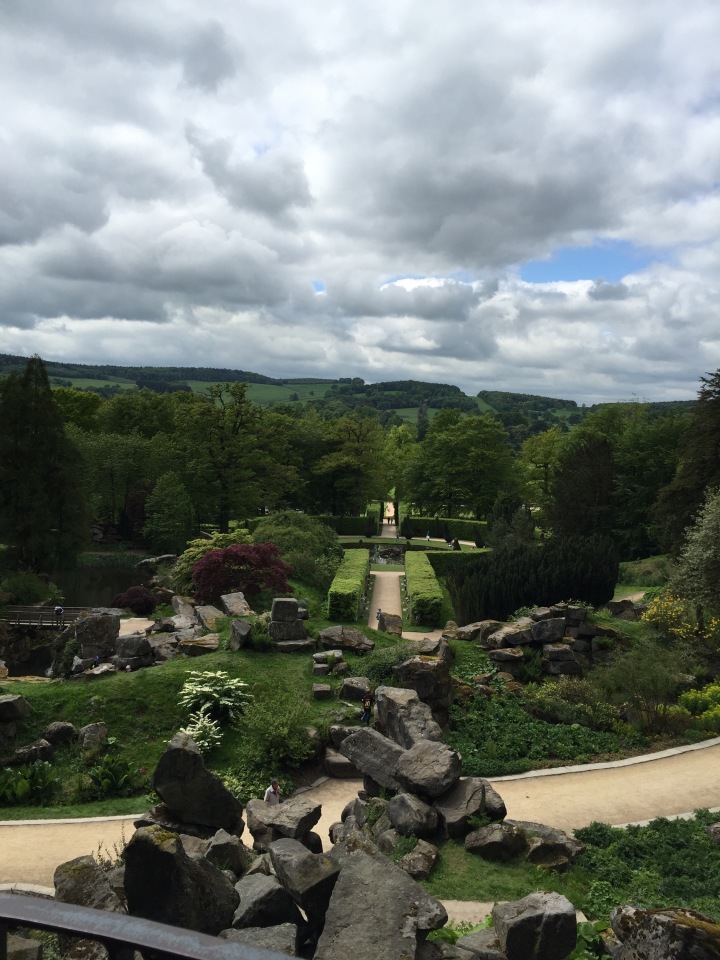 Other favourite areas were the Coal hole and tunnel, the trough waterfall – lots of stepping stones through a waterfall – fantastic fun, and also the Maze.

The family were all keen to head into the maze. Me not so much. I tend to sit out on the Mazes. Being a map geek the complete lack of knowing where I am going brings me out in a cold sweat. This time however I did brave it. My fingers twitching uncomfortably over my GPSr the whole time. The day my Garmin can navigate me out of a maze I will be a very happy girl!

Luckily we found our way out many times, unfortunately it took every single other path until we actually made it in. Eventually however we conquered the maze. 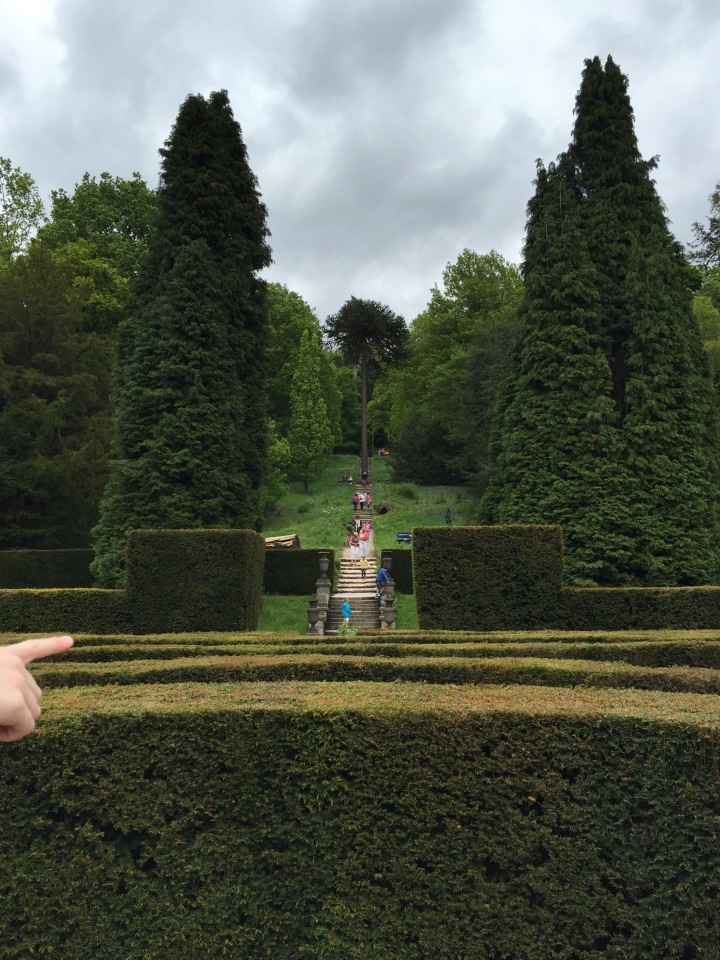 Mr Muddy did a fine job at negotiating us straight back out which sadly means I now lose mocking rights of his sometimes dubious sense of direction. Bother!

East Anglians that we are, we followed the Gardens up to the highest point on the hillside to yet more fantastic discoveries and incredible views of the estate. 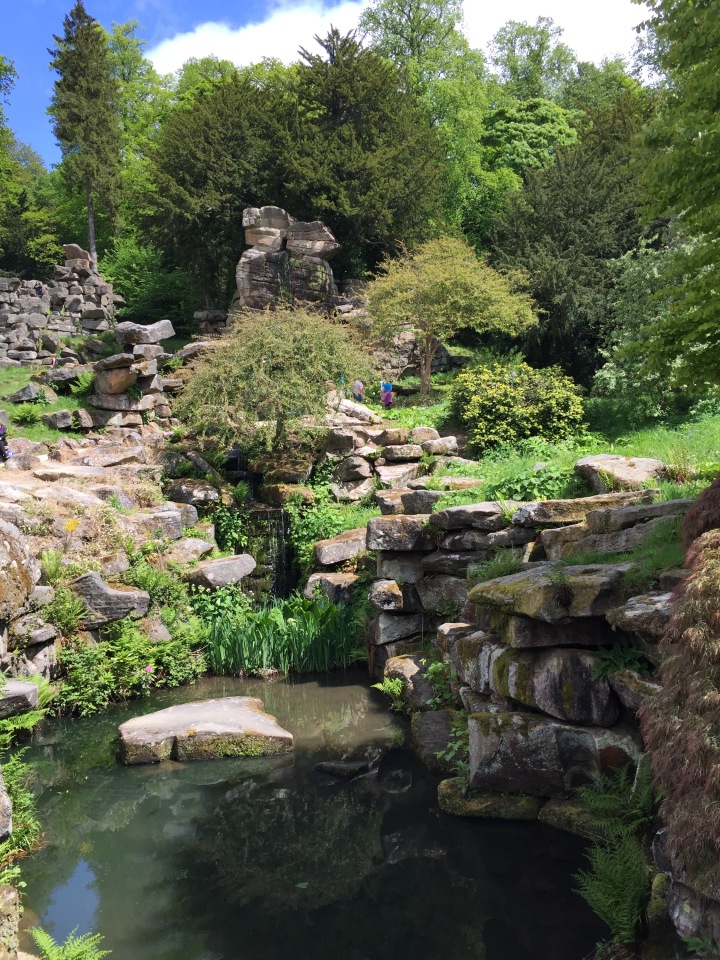 My top tip though is that the best place whilst still part of the estate is beyond the perimeter fence. It’s free to access and we found it accidentally by Geocaching after we left the grounds. We thought we’d scaled the hill whilst in the grounds but oh no, the best was yet to come.

8 thoughts on “A visit to Chatsworth ”