Taking my blog out of its comfort zone.

A post that is difficult to write and possibly the same to read.

Today I’m talking about a friend. A special one. She even has a name!

We met many years ago when we were 16, at college in Cambridge. We’ve been friends ever since. Working in both the early years and training sectors our paths have crossed, joined and parted many times over the years but our friendship remained. 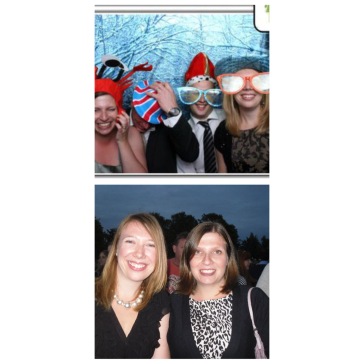 We’ve been through lifes big events together, getting stupidly tipsy, losing jobs – (the same one!), getting hitched and even had children a few weeks apart – we were even in hospital at the same time, but mostly getting tipsy. Life was good.

Then Amelia’s world was to fall apart.

Nearing the end of her second pregnancy Amelia visited the maternity hospital for a routine check-up. Amelia mentioned her baby had not been so active and so the midwife listened for the Heartbeat. A second midwife joined and Still they couldn’t find the heartbeat.

Concerned, the decision was made to do a scan.

Instantly Amelia was to discover the devastating news that her baby had died.

Alone and scared all Amelia could do was phone her husband to tell him the news.

A few days later I was to receive the very same call from him. The shock, disbelief and the hope that I’ve heard him wrong.

What can you say?

Nothing can make this ok.

Amelia was to then endure the unimaginable heartache of delivering her child. Stillborn.
A much longed for daughter who will not cry as she is placed in her mother’s arms for the first time.
A baby born perfect but sleeping.

A precious few days spent in hospital with their beauiful daughter Isabelle.

Cherished reminders made of their short time together. Hand and Foot prints, a baby blanket and some photographs.

Only memories to bring home, when you have to leave your baby behind.

For me the days still filled with the possible hope that I’ve imagined the whole thing.
What on earth do you do in such a situation? How can I possibly see her again?
I leave it a few days but it becomes more than I can bear.
I know I need to call her. Sitting alone in the car not quite able to connect a call.
What can i possibly say?

Turns out I didn’t say anything, and it would seem that that doesn’t matter.

Just reaching out is enough.

Shared tears over the phone communicating more than any words could do.

I arrange to visit. The natural response to give her space, time and to remove yourself from her pain and suffering.
I realise however don’t want to do that.
I want to see her. To talk about what she has been through, to see the photos of her dear little girl who I would never meet. To show her that she and Isabelle are loved.

The visit one which I will never forget. We talked, we cried and embraced and shared memories of their precious time together.

A post mortem was held to see if they could find out what had caused Isabelle’s death, but as is often the case, no cause of death was discovered.

Amelia began to struggle, naturally consumed by grief and worrying how she could continue to be the mother her little boy so needed her to be.
To see your friend broken and not knowing how to begin to pick up the pieces.
Amelia began to suffer with panic attacks and eventually visited her Doctor.

It was then that she was given the contact details for Petals. A charity based in Cambridge that offers counselling to families who have suffered trauma and loss during pregnancy and birth.
With weekly sessions Amelia began to improve. Slowly but surely she pieced herself back together again.

Amelia was soon pregnant again. A need to fill a void in the family. A closely monitored pregnancy filled with fear.

Taking things day by day Amelia reached 36 weeks when her baby, another daughter; Esme was delivered by planned caesarean section.

The counselling Amelia received from Petals was incredible.
A service previously based in the local maternity hospital had been withdrawn due to funding cuts.
How outraged we were at the time that parents who have suffered such a cruel loss could then lose such vital care and support.
Petals luckily was to live on, to become a charity in order to continue supporting families with such essential care. With the help of ongoing fundraising now covering Cambridgeshire, and parts of Suffolk and North Essex.
You can visit their site here.

Amelia became keen to help and last year ran the Spartan Race, sponsored raising an impressive £1000 for the charity.

She became keen to do more and took on the voluntary role of Fundraising Ambassador.

This year Amelia has taken her fundraising efforts to dizzy new heights. Organising a special Jazzercise event – Petals in the Park. Taking over Parker’s Piece in the centre of Cambridge. This Sunday Aug 16th.

Petals in the Park is a 4-hour Jazzercise marathon for anyone to join in with. Participants can the be sponsored for taking part in as much or as little of the session as they like.
For more details and to register click here.

An epic feat of organisation around a busy life of being mum to two young children, and working in both childcare and first aid training.

I’ve never seen her in her Wonder Woman get up, but I suspect it exists! 😉

If you are local to Cambridge – come join in and support us.
If you are feeling generous you can sponsor Amelia here and bask in a warm, fuzzy glow for the rest of the day.

However you could just help us spread the world, helps us get the #PetalsITP trending and keep talking about these wonderful babies who touched our lives so briefly but so deeply.

17 thoughts on “All for Isabelle. The story of Petals In The Park.”