Of course I couldn’t visit Yorkshire without collecting a special cache or two. The local area full of inspirational places to explore: waterfalls, caves, hills and dales. Spoilt for choice I had downloaded a select few caches, just 50 or so. 😉

Before I set off on an adventure though I was keen to claim my first 5/5 cache. A cache with the highest difficulty and terrain rating. A Wherigo cache; you unlock the coordinates for the final location by visiting certain locations with a cartridge running on your phone or GPS. This particular Wherigo focused on The epic Y3P challenge. In fact two caches for the price of one, those of us completing the challenge within twelve hours rewarded with an extra set of cordinates.

I made an early start to get the tent down and make the most of the day, keen to track down the elusive final wherigo caches.

The sun was out and the village of Horton-in-Ribblesdale doing its very best to tempt me into staying. 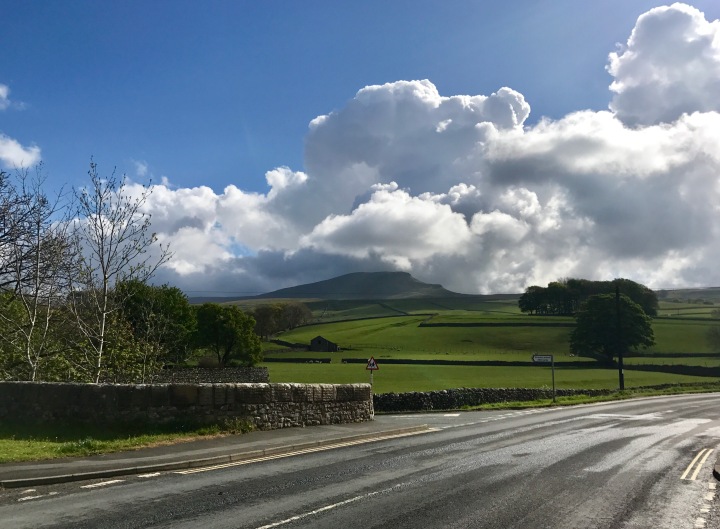 Positively skipping along in the sunshine, following a section of the Ribble way. 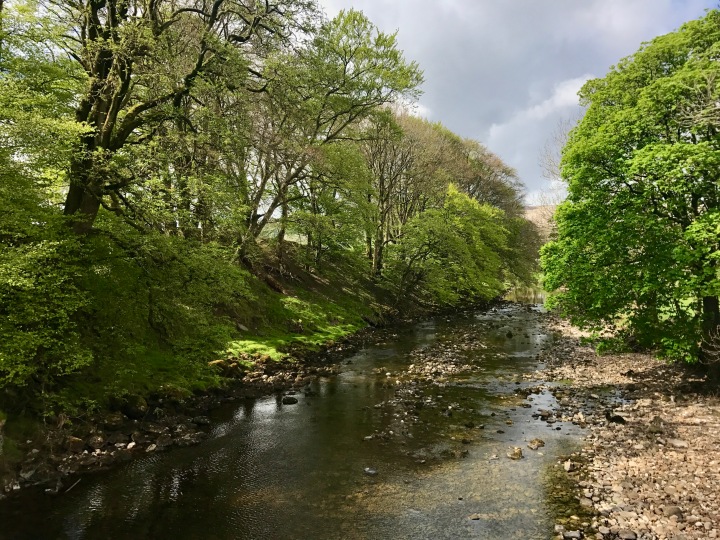 The first find straightforward. The second, much more difficult due to the fact I’m a complete muppet at times. 🤦🏻‍♀️ 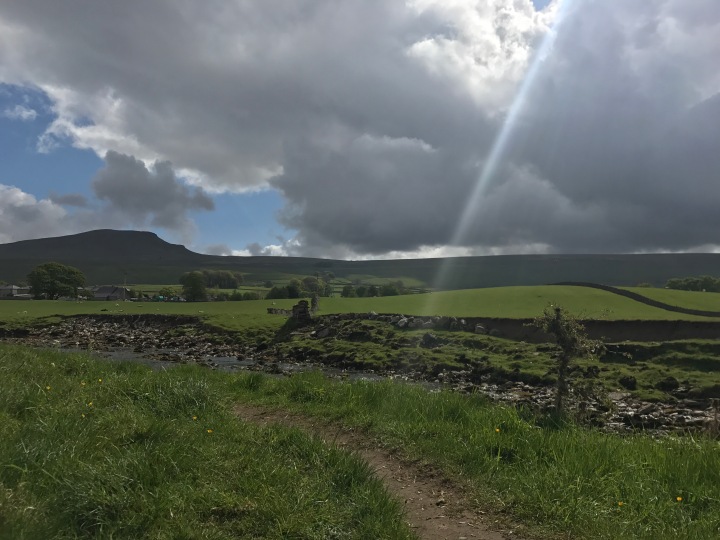 Once I’d got my trailhead figured out though all was good and that long awaited 5/5 cache was mine. Huzzah!

However with the clock ticking and a long drive ahead of me, I needed to get a move on and prioritise a special cache to find.

Being in the midst of such fantastic surroundings made for a tricky decision, but I was finally swayed by the lure of a little urbex adventure.

Things were off to a promising start when I arrived at Willy wood. *childish snigger* 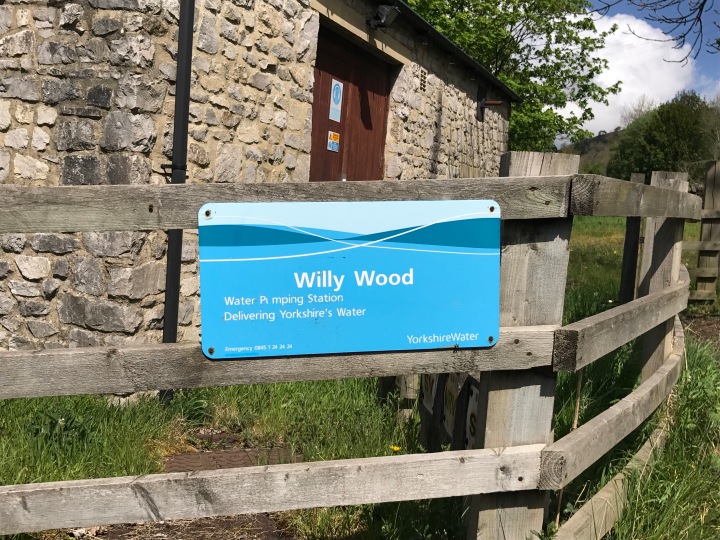 With wry amusement I followed the narrow track to the car park, ignoring the signs advising me to beep my horn. In a place called Willy Wood? Not blooming likely… 😉

Armed with a torch and a disappearing sense of bravado I ventured off into the woods and soon found the kiln. Well you couldn’t really miss it. 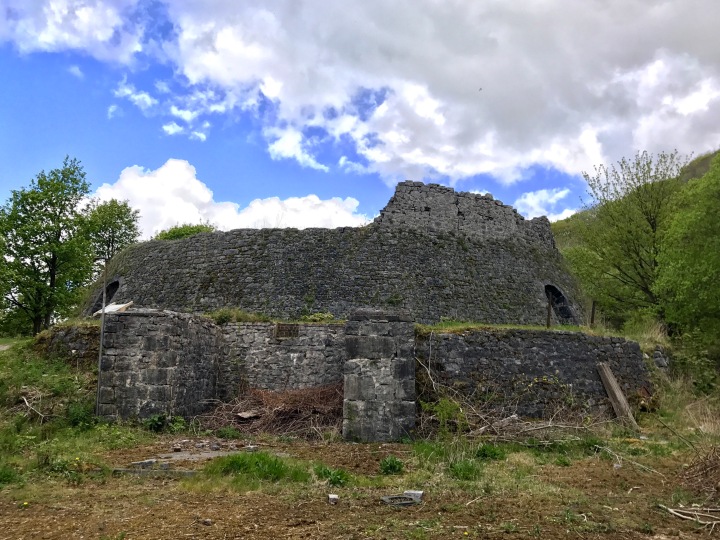 Here’s a snippet of the kiln’s history if you are interested.

The Hoffmann kiln was built at Langcliffe, near Settle, in 1873. It is an industrial scale lime kiln which was constructed for the Craven Lime Company. The Hoffmann Continuous kiln had been patented in 1858 by its German inventor Friedrich Hoffmann. The version built at Langcliffe had 22 individual burning chambers. Langcliffe’s Hoffmann kiln is fairly unique to Britain; most others of this kind that once existed have either been demolished or have simply crumbled away. 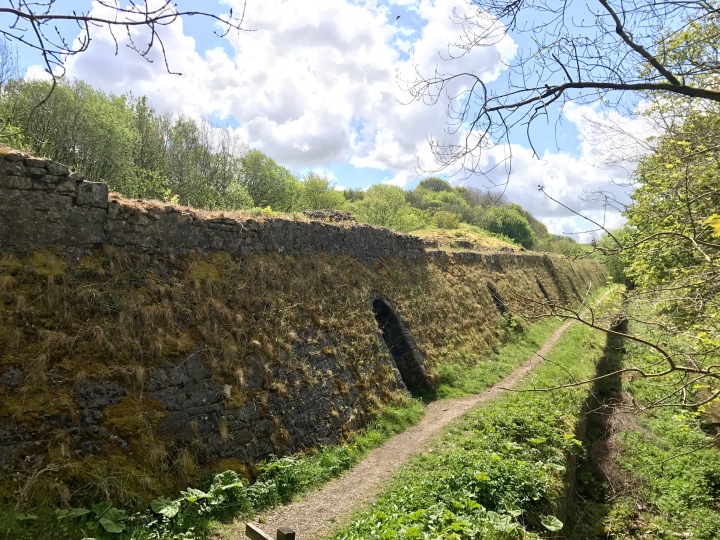 I of course can never resist a snoop about in an old, abandoned structure, despite an irrational fear of the dark. The cache wasn’t within the kiln itself so I had no real need to go inside, but where’s the fun in that? 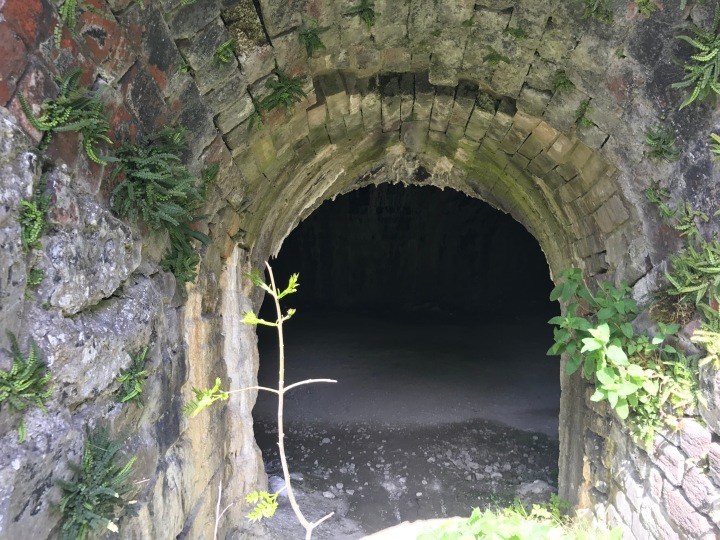 Heading alone into dark, abandoned buildings undoubtedly scary. I know what goes on in places like this. If you don’t, well clearly you’ve not watched enough Scooby Doo… ‘Zoinks!’

A tentative creep inside, ready to bolt straight back outside should the need arise. 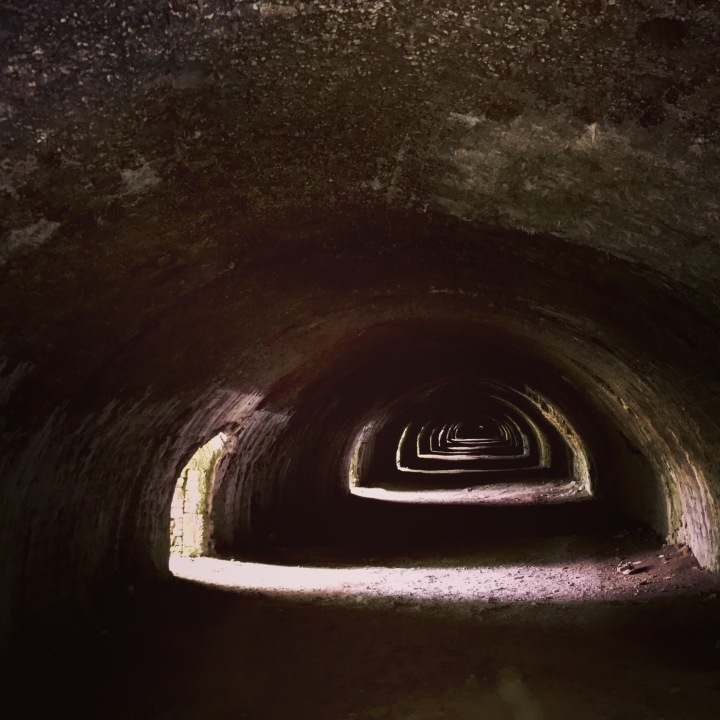 However, so far, so good.

I loiter by the entrance allowing my nerves to settle to read the information board, before heading into the dark depths. 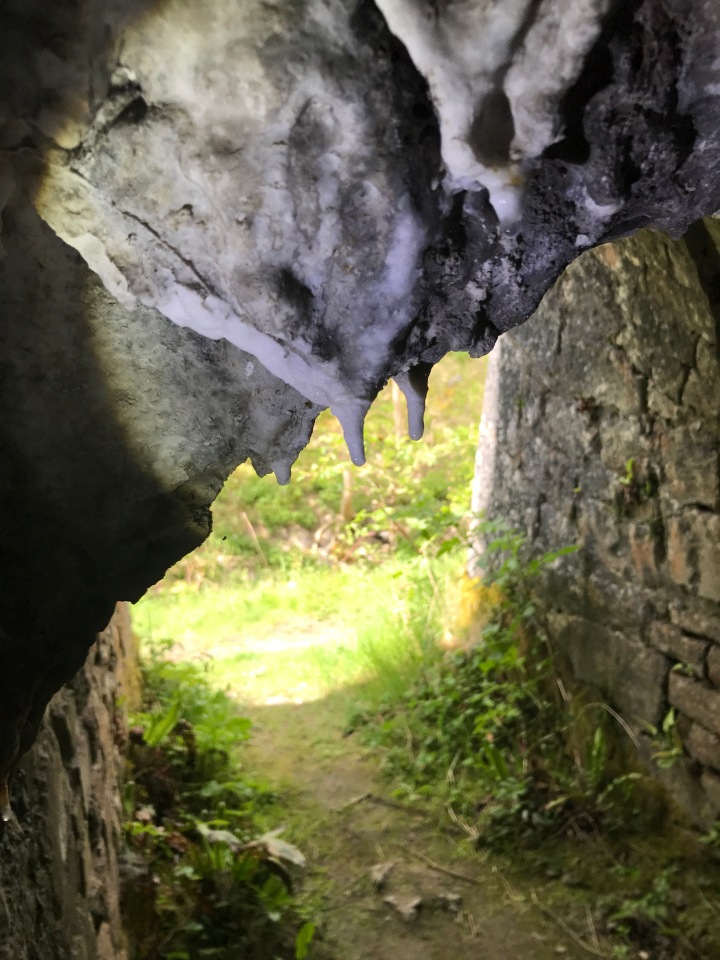 Seriously scary stuff for a wimp like me, but what a fantastic place to explore. 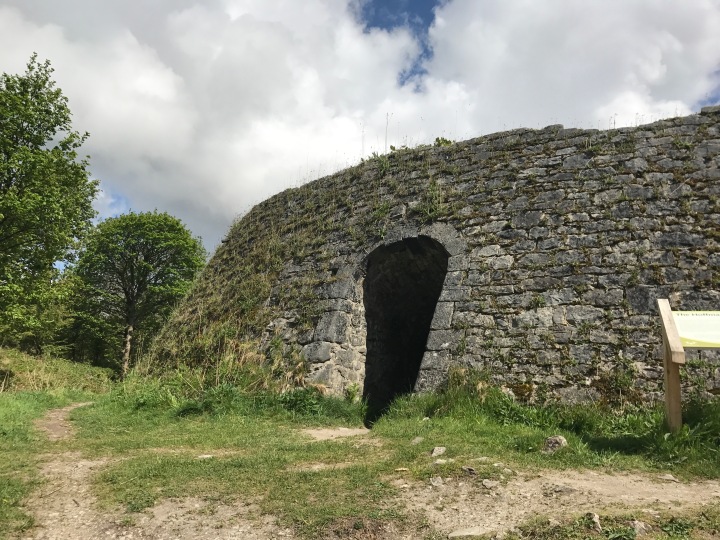 Having survived the temple of doom it’s time to seek out my treasure.

The cache is found easily enough, but the surrounding area hints at plenty more hidden gems to be found in the woods. Lots of ghostly reminders of a once thriving industrial site, now slowly being reclaimed by nature. 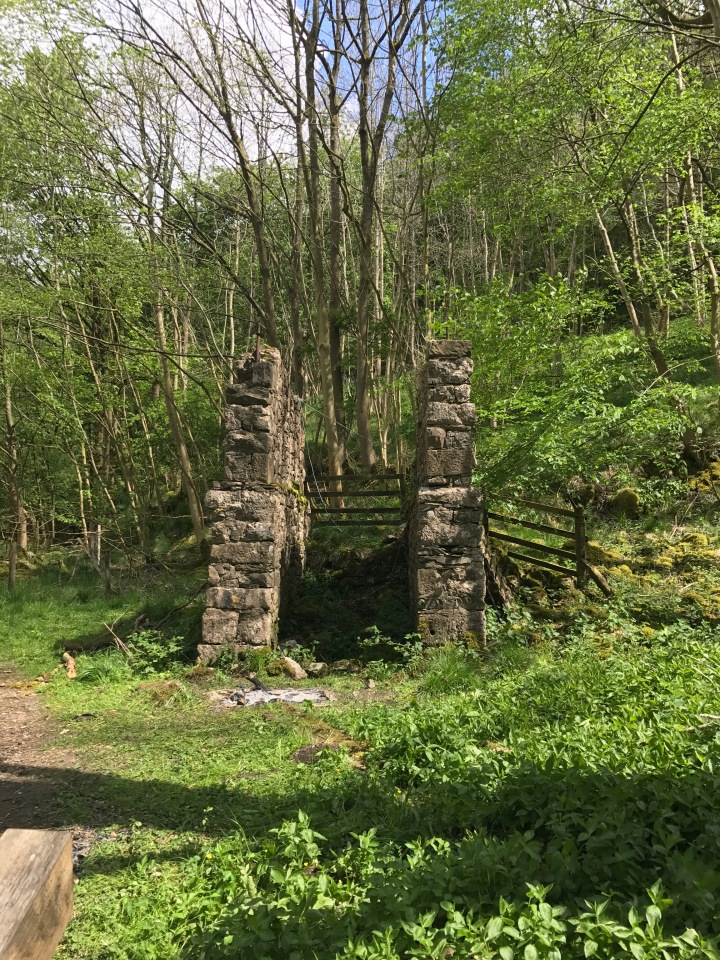 Sadly though I’m out of time. *Stamps feet*

Time to bid farewell to my fabulous Yorkshire adventures and head once more to the flatlands of home.